Don't know which version you should use?
Just try the sda version first.(of course , you should backup everything before you flash my build)
If you see the boot screen stops at this line "waiting root device /dev/sda2"
Then you could try the sdb version.

Similar to my last build
more detail:
1.Enabled SMP in the kernel , supports up to 16 cpu threads.
2.Enabled HT in the kernel , so it supports hyper threads.
3.Enabled big memory option , which supports up to 64G ram , and in my pc , it would shows about 3.7G highmen, if you know the different between highmen and lowmen , you should understand 32bit kernel can never really support 64g ram
4.it supports USB keyboard.
5.Very pure build, didn't come with any packages exclude busybox and some basic tools.
6.Compiled all intel/qualcomm/broadcom/realtek wireless nic drivers.
7.The root partition is sized at 512MB , so if you want to install it on a sd card , you should get a card larger than 1GB. 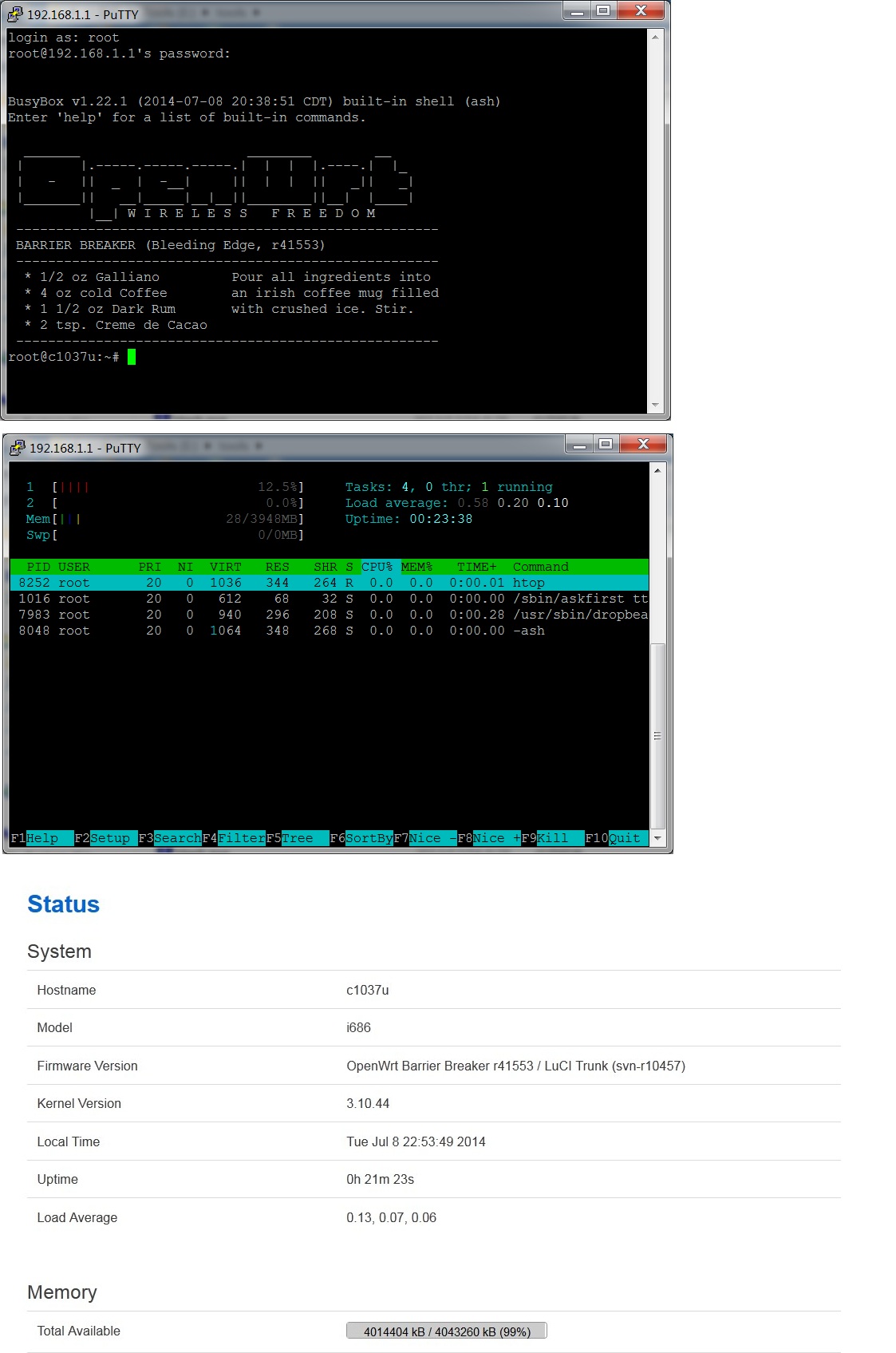